The War of The Worlds 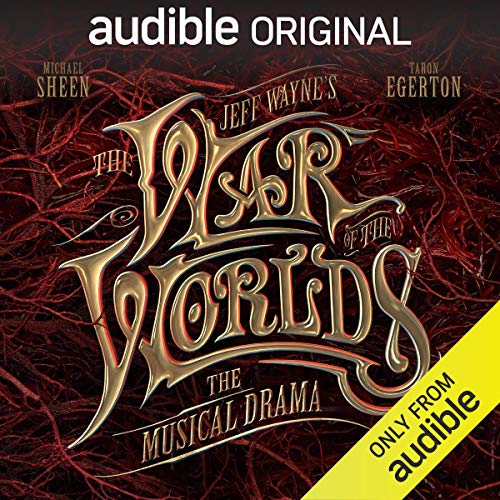 I got a phone call from Jeff Wayne’s office in 2016 and it’s resulted in 5 years (and counting) of amazing projects related to his Masterpiece: The War of The Worlds.
I was brought in, to start the ball rolling on the Audiobook that Jeff had been commissioned to do for Audible and I could never imagined what a HUGE project this would be! A year in the making, it is something that I am SO proud to have been a part of.

If you are not familiar with Jeff’s album, it was released in 1978 and back in the day, it was one of the biggest selling albums of all time here in The UK and has notched up over 15 million sales globablly so far. Jeff took the classic novel by H.G. Wells and set it to music utilising a symphonic orchestra with rock band (and loads of synth’s).

The Audiobook was incredibly challenging and I describe it basically as a movie but without the visuals. It has wall to wall SFX, sound design and music with of course the fantastic actors on top, not least movie stars Michael Sheen and Taron Egerton who were an absolute JOY to work with.

This project was challenging at times, but it is satisfying to sit back and listen to it now. It really IS great, even if I say so myself! It has gone on to be one of Audible’s best selling titles. 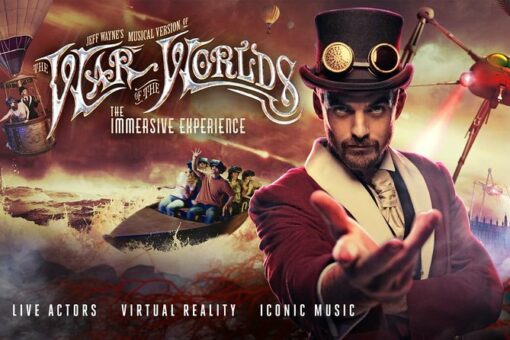 Another MASSIVE undertaking!
Immersive theatre is amazing! Instead of going to the theatre and sitting in your seat, passively enjoying the action unfold in front of you, with this… Your IN IT! In your small group, you interact with the actors in a room before moving on to the next one and being part of a different scene. Everything is timed to the SECOND and of course the back-drop is the score to Jeff’s original work.

I know every mili-second of this show, but I am still thoroughly entertained when I go to see it.

We were very proud to learn that shortly after opening our ‘covid compliant version’, it rose to #8 in Trip Advisors top attractions for London. No mean feat! 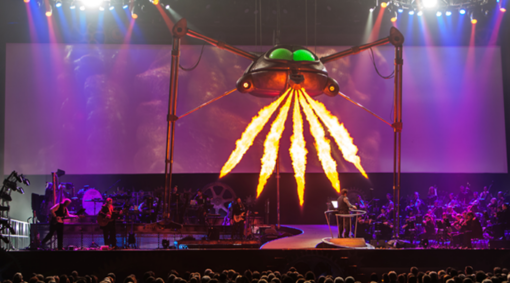 A LOT of preparation goes into a tour of this size!
We should have toured in 2021, but Covid put a stop to that. The dates have been re-scheduled for March/April 2022 and I can not wait!
Apart from all the tour prep including elements for the live quadraphonic sound, I shall also be playing guitars, keyboards and backing vocals on this tour. It’s going to be a biggie! UK arena’s … Full String Orchestra, 9 piece rock band (with of course the man himself conducting) 12 tour trucks, multiple tour busses and a 30ft high Martian Fighting Machine. What’s not to love?